Kliktopia: Land of the Freeware

An archive of games and applications made using Klik & Play, The Games Factory, Click & Create, Multimedia Fusion and Clickteam Fusion

Convert2Double and Joshtek worked to identify this game as one of interest and to track it down.

Description of the game from the author (February 2003): "During a time of myths, monsters and fantastic technology, an ancient tablet is discovered that makes a society re-think their place in the universe.

When it is discovered that the purpose of their existence is to create the being that will someday create their world, a secret team of genetic scientists start creating super powerful beings, in an attempt to create an omnipotent being capable of creating the world.

If they do not complete this task in time, existence will dissapear.

But problems start to arise, the paradox project produces genetically flawed monsters capable of terrible destruction, and a group of friends must try to solve the mystery and save the planet that is being torn apart by myths and geneticly bred Gods.".

Made using Click & Create. Read a guide on how to play old Klik games. 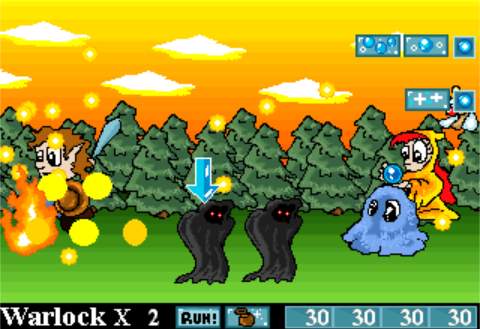 Other games by Scott Cawthon

Please note: Games and third-party websites linked to from this website have not been assessed to determine whether or not they are child friendly, so parental discretion is advised. These files are used and websites are visited your own own risk, so it is your responsibility to protect against your machine against malware and ensure that you have appropriate backups. Read the 'Please read the Kliktopia readme and disclaimer.txt' file which accompanies games hosted by Kliktopia for relevant information, disclaimers and instructions. If you wish to request that a game be removed then please contact josh@kliktopia.org or for take-down requests e-mail abuse@kliktopia.org.