Kliktopia: Land of the Freeware

An archive of games and applications made using Klik & Play, The Games Factory, Click & Create, Multimedia Fusion and Clickteam Fusion

SmileyHouse was a fun and quirky MMORPG made in Multimedia Fusion using MooClick that was active between 2002 and 2008 where everyone had their own customisable smiley.

The official SmileyHouse server is currently being hosted by Kliktopia, so people can play the game just as it was.

All of the old accounts have been preserved, but all passwords have been deleted for security reasons so you will need to ask on the SmileyHouse Discord to get access to your old account.

If you want to find others to play online Klik games with then try asking in the #klik-online-gaming section of the Kliktopia Discord server (and for SmileyHouse you can also try the SmileyHouse Discord).

To get a sense of what the game was like you can check out the SmileyHouse 2019 Reunion photo gallery. 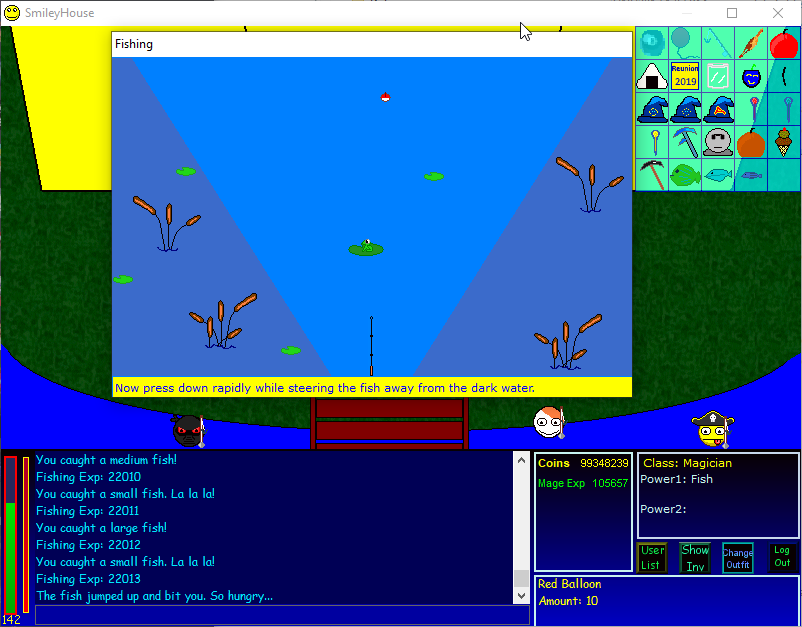 Please note: Games and third-party websites linked to from this website have not been assessed to determine whether or not they are child friendly, so parental discretion is advised. These files are used and websites are visited your own own risk, so it is your responsibility to protect against your machine against malware and ensure that you have appropriate backups. Read the 'Please read the Kliktopia readme and disclaimer.txt' file which accompanies games hosted by Kliktopia for relevant information, disclaimers and instructions. If you wish to request that a game be removed then please contact josh@kliktopia.org or for take-down requests e-mail abuse@kliktopia.org.